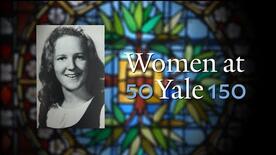 In Her Words: Bliss Browne ‘71

Bliss Williams Browne ’71 B.A. was among the first women undergraduate students at Yale, where she became president of Yale’s Episcopal church as well as a Battell Chapel deacon. She called Yale University Chaplain William Sloane Coffin, who served at Yale from 1958-1975, the “single biggest influence on me at Yale.” It was Coffin who suggested that Browne enter the ministry, despite being a woman. “So I did,” she said. In 1974, Browne was ordained as a minister in the Episcopal church and, in 1979, became the first woman priest to preach at London’s Westminster Abbey. She would later work in the corporate sector as division head of the First National Bank of Chicago, where she became deeply engaged in civic leadership and founded Imagine Chicago, an organization designed to foster community engagement and literacy among young people. “I operate from the whole,” Browne said. “I see things in big picture terms and I’m in constant conversation with the fullness of life.” 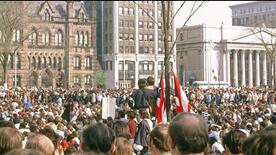 In spring 1970, in anticipation of mass demonstrations that would bring thousands of students and activists from all over the country to Yale to protest the trial of Black Panther leader Bobby Seale, Yale cancelled classes and shut down many operations of the University. In this video, Yale alumni women reflect on what it meant to attend Yale during such tumultuous times politically and socially. 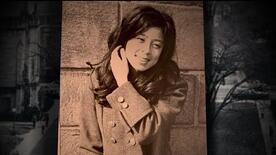 Alice Young ’71 B.A., founder and principal at Alice Young Advisory LLC, describes being one of the first women students at Yale, and one of only nine Asian-Americans in her class at the height of the Vietnam War. “I think people were thinking, ‘What is she doing here?’” Young recalls. Like many trailblazing Yale women of her generation, Young took up the challenge, cofounding the Asian American Students’ Association, which just celebrated its 50th anniversary, and traveling to her home state of Hawaii to recruit more students to Yale. Her efforts helped grow the numbers of Asian students at Yale from nine to 34 in just three years. “We really were able to make a difference,” she said. 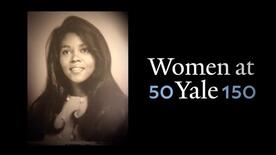 Vera Wells ’71 B.A., a retired NBC executive and former member of the Yale University Council, talks about her experience as one of the first women – and first women of color – at Yale College. As an undergraduate, Wells proposed the Seminar on the Black Woman, and brought Sylvia Ardyn Boone to campus, who had studied at the University of Ghana where she was befriended by W.E.B. Du Bois and Maya Angelou. Yale’s African American Studies Department had just launched in 1969. “It turns out that everyone who registered for those seminars was a black woman—and it was the only time that black women on campus collected anyplace,” Wells said. Boone would earn her doctoral degree in art history at Yale and become Yale’s first tenured black woman professor. 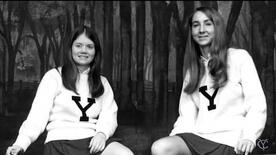 In 2019-20, Yale celebrates the 50th anniversary of coeducation in Yale College and the 150th anniversary of women students at the university. As part of the larger 50WomenAtYale150 events that are happening during 2019 and 2020, a group of athletic alumnae have been planning events and activities to acknowledge the 50 years since Yale’s women athletes were awarded their first Varsity Y’s. 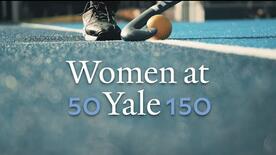 In Her Words: Lawrie Mifflin ‘73 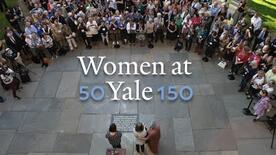 Unveiling of the commemorative stone on Old Campus celebrating the 50-year anniversary of women being admitted to Yale College.

Videos from the 50th Anniversary Weekend

View videos of the talks from the 50th Anniversary Weekend which took place September 19-22, 2019.